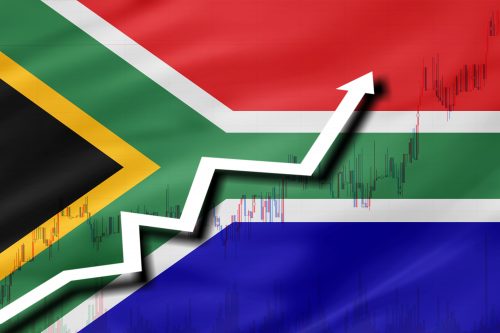 In February this year, a month that included unprecedented levels of severe load shedding across the country, it was announced that French energy giant Total had discovered a major gas source off the coast of South Africa. So, could this be the answer to SA’s energy crisis as well as having a positive impact on economic growth?

The Potential of the Brulpadda Block

Known as the Brulpadda block, this drill site of around 19,000 square kilometres around 275kms off the coast of Mossel Bay is looking distinctly promising for Total and its partners. Projections sit at around 1 billion barrels of so-called “wet” gas, a gas condensate, which can be used in petrol production through PetroSA’s refinery or converted to electricity.

To put the size of the find in context, ExxonMobil’s total discovery for 2018 as the most successful explorer worldwide amounted to 895 million barrels – the Brulpadda block discovery is a single find that is even larger in size. In fact, projections indicate that this find is three to five times larger than all the gas finds so far in South Africa put together.

While this block is under the sole jurisdiction of Total and its partners, the blocks adjacent to Brulpadda are held by ExxonMobil and Eni SpA, who may now try drill based on the potential of this area.

How Will South Africans Benefit?

Total will be subject to the standard 28% corporate tax levied on all taxable income from the gas source, which is projected to yield up to USD$1 trillion on current estimates. In addition to this tax windfall, oil and gas companies are subject to a royalty of 5% on all gross sales of oil and gas products produced in South Africa.

State participation is also expected to produce income for South Africa in terms of legislation and licencing through the national Department of Mineral Resources. Currently, new legislation is anticipated as oil and gas is to be separated from the Mineral and Petroleum Resources Development Act, which is anticipated to have a significant impact in terms of this particular find, providing a critical level of certainty for investors.

Once the site starts producing, it is anticipated that the rand should strengthen – although international trade disputes between the USA and China will still have a considerable impact. Oil accounts for 15% of South Africa’s imports, so by gaining the ability to produce more of our own oil, the country is less subject to the expense of selling rands for dollars in order to purchase expensive imported oil.

Businesses in South Africa should see a boost too, as the skills needed for oil refinery and related downstream services will see an increase in demand. This isn’t just something that employees in the oil sector will benefit from, as the drilling project will require transportation and logistics, welders, electricians, catering supplies, marine services and much more.

One of the most promising potential areas of this find, however, is in terms of supplying the country with an affordable, reliable source of energy – something which is currently the largest and most significant challenge facing our economy. With this access to energy, the economy should stabilise and investors who have been hesitant to enter the country due to the crisis at Eskom will have their fears put to rest.

All these elements come together to make South Africa more energy-independent, more able to allocate taxes towards shoring up and repairing Eskom’s devastating problems and making life for South Africans a little easier by creating significant job and investment opportunities for foreign and local investors. It is currently projected that production on this project should start in six to nine years.

Jason Scholtz is the CEO at Envision Investments and a leader in the property and strategic investments industry in South Africa. For more investor tips and an insider’s look into the South African market, be sure to get in touch, keep an eye on this blog or visit http://www.envisioninvestments.co.za/